Tap dance artist Roxane Butterfly is held as an iconic figure of the New York underground tap movement since thirty years. Her classes focus on the technique of  Rhythm Tap  which she was fortunate to learn with the Original Hoofers in New York,  particularly with legendary bebop master Jimmy Slyde,  in the nineties. Her pedgagogy emphasizes movement quality, interpretation and musicality.

Here is a glimpse of the classes as I elaborated thru the last years at Jimmy Slyde Institute:
http://roxanebutterfly.com/jimmy-slyde-institute-barcelona-2-2/

Sought after for her exceptional talent as an improviser, Roxane Butterfly has been a prominent tap dance figure for tap dance for almost three decades, both in the United States but also in Europe. Born in Toulon (South of France), she is the first woman in the history of “tap dance” to have won the prestigious Bessie Award (at the 1999 Joyce Theater in New York). She represents a direct link to the generation of her mentors, the Original Hoofers. A real icon of the underground tap movement, she is particularly known for her daring musical experimentations in musical worlds distinct from the classic jazz tradition (from free jazz to classical music via flamenco, Arabic and Indian music, electronics etc…

She was immensily privileged to share her sound with jazz luminaries George Benson, Les Paul, Stanley Jordan, Ron Carter, Aldo Romano, Benny Powell, Phil Woods, Dennis Charles, Elisabeth Kontomanou…, world-music innovators such as Cheick Tidiane Seck (piano), Brice Wassy (drums), Leonard Eto (taiko drums) and Prabhu Edouard (tablas)…, flamenco legends Tomasito and Carles Benavente…, to name only a few. Her versality and inventiveness led her to collaborate with contempary bassist Barre Philipps, percussionist Evelyn Glennie in the movie Touch The Sound, to create a soundtrack for the documentary The Origins of Music, and even to jam with the the horse of Bartabas!

The great musical quality of her percussive dance has earned her the unanimity of dance and music critics who have compared her to musicians as exemplary and diverse as the legendary jazz John Coltrane and the king of minimalism Steve Reich. Her commitment to live-music and relentless efforts to re-establish the tap presence in the jazz and world-music festivals, have been supported by many funding organizations, such as the New York Foundation for the Arts, Lower Manhattan Cultural Council, USArtirsts International, John Simon Guggeheim Foundation, Harkness Dance Center, Meet The Composer etc…

A MUSICIAN with singing feet, Roxane has been invited to perform and lecture at multiple music festivals around the world such as Jazz in Toulon (France), the Nice Jazz Festival (France), the Festival of One World to the Other (Festival D’ Un Monde à l’Autre in Lyon, France), Nuits D’Afrique (Kola Note, Montreal). Her Djellaba Groove project opened the world-famous GlobalFest at the Public Theater (NYC 2006), Summerstage (NYC 2006), Lincoln Center OutDoors (NYC 2007) and so on… She also has performed as a soloist with the Stamford Philharmonic Orchestra, The New York Virtuosi Orchestra, The Indianapolis Symphony Orchestra, the Cab Calloway Orchestra, and had the opportunity to collaborate for two decades with the pioneering production of Tamango´s Urban Tap.

A CHOREOGRAPHER and PERFORMER whose ground-breaking works in the field of contemporary tap, have been as diverse, applauded or controversed, Roxane has helped establish the presence of tap dance at many international dance festivals and venues such as Jacob’s Pillow (Massachussets 2002), the American Dance Festival in Durham (2004), Harkness Dance Festival (NY2005), ImpulsTanz (Vienne, Austria, 2002), DanceSalad (Houston 2002), Institut del Teatre (Barcelona 2010), etc…  In a widely male dominated field (still), Roxane stands as the only tap dancer woman of her generation who has managed to lead a solo career under her name, presenting her own work in Africa, the Middle East, Europe, North and South America, Asia, Australia and the Caribbean.

A PROFESSOR appreciated worldwide for her pedagogy, Roxane has taught at major American universities and the best Broadway and tap schools in New York City. In 2011, she founded the Jimmy Slyde Institute Training Program in Barcelona (JSI), an educational space honoring her mentor Jimmy Slyde, the great master of bebop tap. Slyde named Roxane: “Butterfly”, when they met in 1991 in New York.  JSI operates at punctual times of the year is dedicated to the transmission, preservation and innovation of tap dance. Roxane shares her time between Barcelona, New York and Paris. 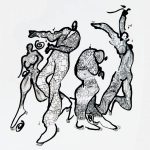 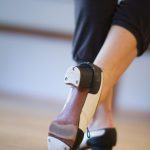