WHO IS ROXANE BUTTERFLY?

Multi-dimensional rhythmician
Improvographer, instant choreographer, dancing-musician who sings with her feet, Roxane Butterfly is rooted in the jazz culture with her primary inspirations coming  from her native Mediterraneans and Africa. Sought after for her exceptional talent as an improviser, Roxane Butterfly is held as a true icon of the New York underground tap movement since three decades, both in the United States but also in Europe. She is known for her daring musical experimentations in musical environments distinct from the classic jazz tradition (from free jazz to classical music via flamenco, Arabic and Indian music, electronica etc…). Born in Toulon (South of France), Roxane is the first woman in the history of tap dance to have won the prestigious Bessie Award (in 1999 at the Joyce Theater in New York). In 2001, she became the first immigrant to gain permanent residence in the USA as an official tap-dancer.  She represents a direct link to the generation of her mentors, the Original Hoofers.

One foot in the dance-world
Roxane has helped establish the presence of tap dance at many international dance venues such as Jacob’s Pillow (Massachussets 2002), the American Dance Festival in Durham (2004), Harkness Dance Festival (NY2005), ImpulsTanz (Vienne, Austria, 2002), DanceSalad (Houston 2002), Institut del Teatre (Barcelona 2010), etc…  In a widely male made field (still), Roxane led a solo career internationally, performing her own work Africa, the Middle East, Europe, North and South America, Asia, Australia and the Caribbeans. Amongst her multiple body of work, BeauteeZ’n The Beat is one that stands out because of its role in positionning the voice of women in a field dominated by images of men.

Throughout the years, Roxane ventured into more contempary music avenues with percussionist Evelyn Glennie (in the movie Touch The Sound released in 2001), bassist Barre Philipps (2008), multi-disciplinary soundscapist Xumo Nounjio (with their cross-over production of Ad-Lib in 2011). In 2015, she created a soundtrack for the documentary The Origins of Music.

The educational impact
Roxane has taught at major American universities and the best dance schools on Broadway in New York City. In 2011, she founded the Jimmy Slyde Institute (JSI) in Barcelona, an educational space honoring her mentor Jimmy Slyde, the great American master of bebop tap who named Roxane: “Butterfly”, when they met in 1991.  JSI has now closed its Barcelona location and offers touring workshops. 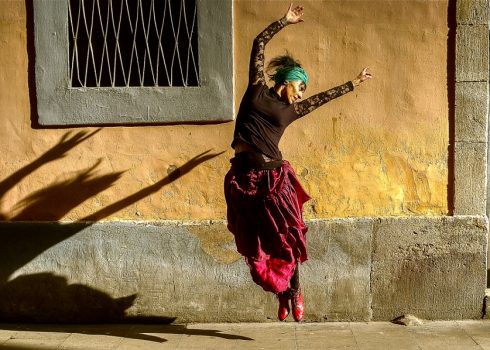 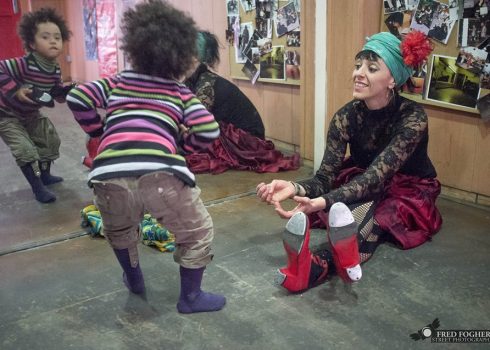 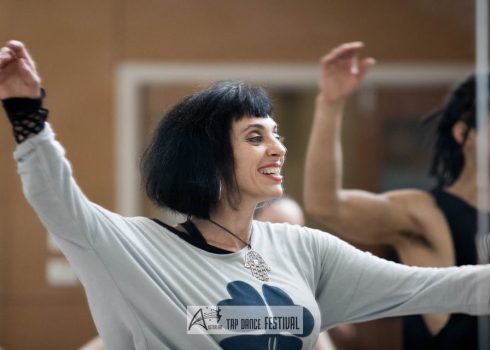 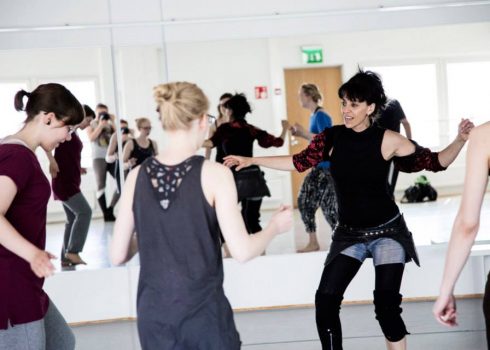 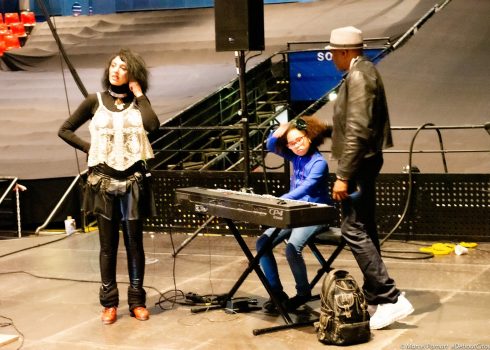 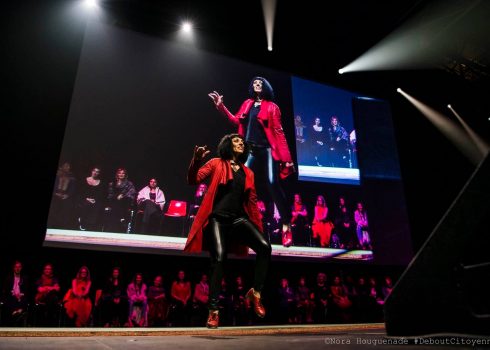 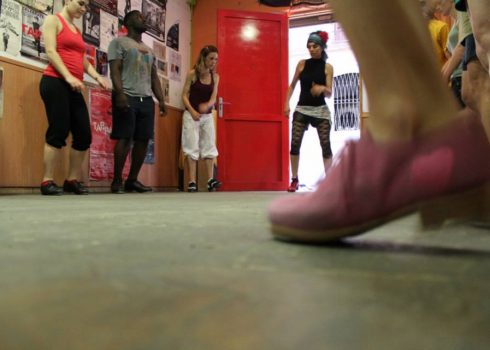 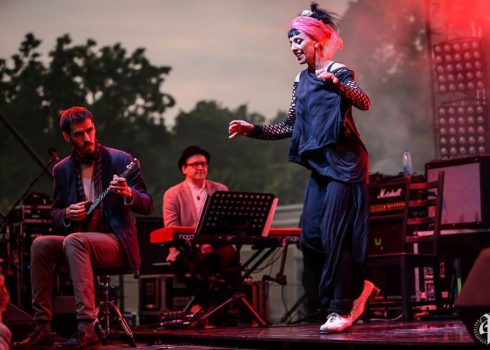 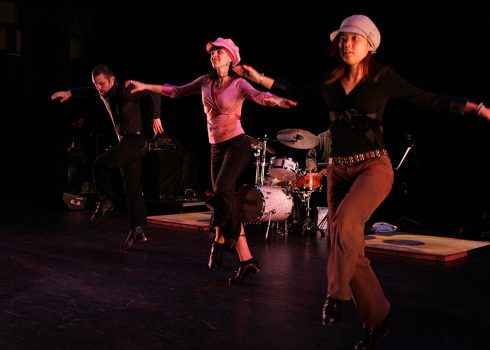 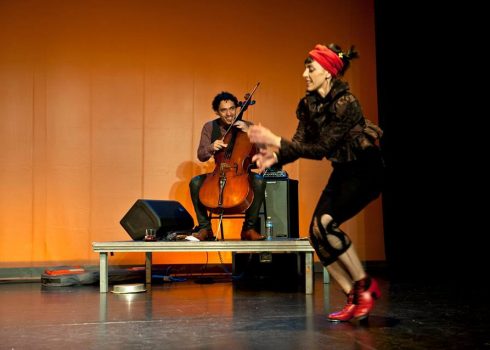 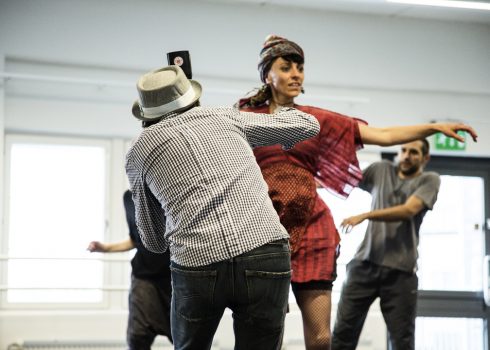 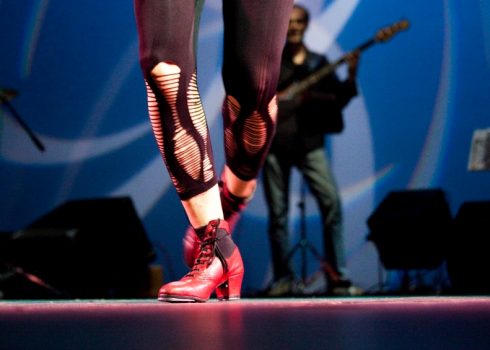 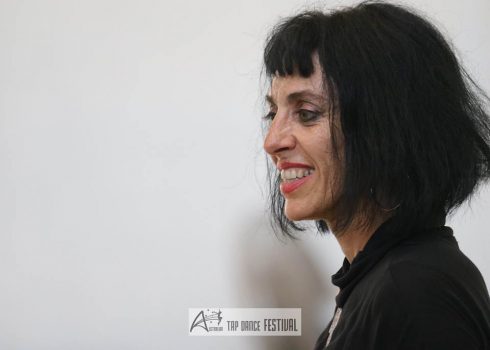 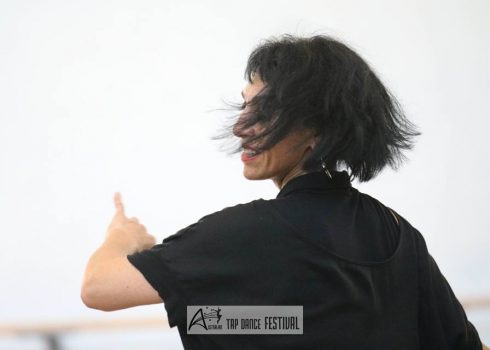 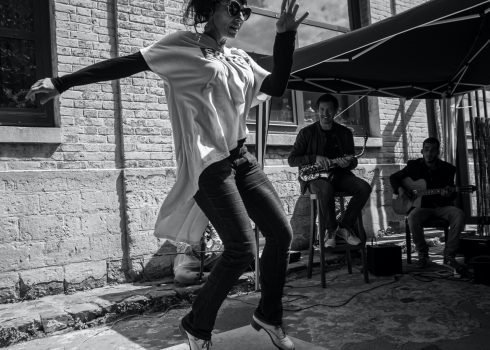 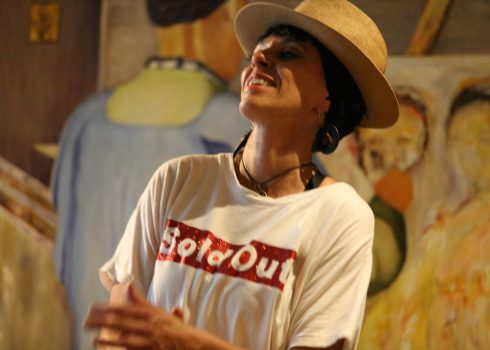 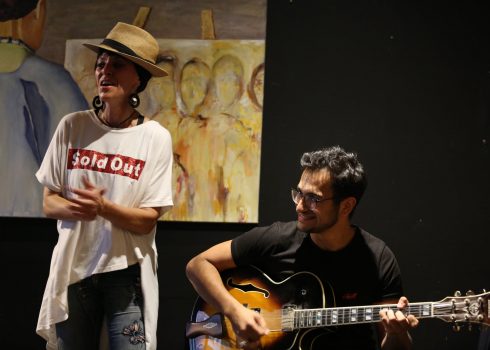 One foot on the music-scene
Some of her credits  include concerts with jazz luminaries Les Paul, Stanley Jordan, Ron Carter, Aldo Romano, Benny Powell, Phil Woods, Dennis Charles, Elisabeth Kontomanou, Graham Haynes…, flamenco legends Tomasito and Carles Benavente, and world-music innovators such as Cheick Tidiane Seck (piano), Brice Wassy (drums), Leonard Eto (taiko drums), Prabhu Edouard (tablas)… to name only a few. Roxane also had the chance to share her sound with George Benson at one of his soulful parties in his Englewood house. She has been invited to perform and lecture at multiple music festivals around the world such as Jazz in Toulon (France), the Nice Jazz Festival (France), the Festival D’ Un Monde à l’Autre in Lyon (France), Nuits D’Afrique (Kola Note, Montreal), PetroJazz (Russia). Her Djellaba Groove project opened the world-famous GlobalFest at the Public Theater (NYC 2006), Summerstage (NYC 2006), Lincoln Center OutDoors (NYC 2007) and so on… She also has performed as a soloist with the Stamford Philharmonic Orchestra, The New York Virtuosi Orchestra, The Indianapolis Symphony Orchestra, the Cab Calloway Orchestra, and had the opportunity to collaborate for two decades with the pioneering production of Tamango’s Urban Tap.

Current activity
25 years after Roxane was first noticed  “trading steps ” with Bartabas’s horse during  Suresnes Cité Danse, she is back in Paris teaching for the professional training of Juste Debout School and for the Conservatoire George Bizet. A part of the collective “Les Femmes Sont Là” (Women Are Here) of La Fabrique de la Danse,  she tours with her dance-concert TAPmatazz while running her all inclusive company: Cie SmARTS.